The night before my trip, I set the alarm on my iPad for 5:30am. I was so afraid I wouldn’t make it to the France Tourisme office by 7:00 as it required a thirty minute walk to get there. I quickly got dressed and walked at a fast pace and arrived in plenty of time. Unlike yesterday, when the group went on an excursion to Monet’s House and Gardens on a comfortable, air conditioned bus, today nine people were jammed into a three seater van. I sat at in the very back row where I couldn’t hear a thing the guide was saying.

I asked the lady named Penny sitting next to me where she was from and, surprise, Penny, was from Rockingham, NC. Her friend, Andrea, seated next to her was from Las Vegas and she used to live in my hometown of Jacksonville, NC when her husband was stationed there as a Marine! Small world!

The guide said the trip to Normandy would take four hours and we could sleep if we liked. Everyone in the back two seats went to sleep reminding me of field trips I used to take on buses with my second graders. Only me…I was was writing this.

After 1.5 hours we stopped for a bathroom break at a Shell station and I grabbed something to eat since I hadn’t eaten breakfast. I got a chocolate croissant and ordered a cup of American coffee. The girl made the coffee about 20:80 coffee to cream. I could hardly drink it! We all jammed back in the van for 3.5 more hours. I still could not hear a word the guide was saying and was seriously thinking of asking if someone in the front seat would switch places with me. I hung in there.

We finally reached Utah beach and I walked on a cliff that overlookeded the ocean and walked through several old German bunkers. The story of the American Rangers landing and being shot at by the Germans like sitting ducks was heart wrenching. Their bravery to continue to move forward when their comrades were falling left and right seemed super human. I guess they didn’t have a choice. It was either sit there and die or move forward and maybe die. The grayness of the sky and the drizzling rain only added to the gloominess. I felt close to tears.

Clement, our guide, roundeded us up and took us to our next stop, Omaha Beach. Here I actually got to walk down to the beach and gathered a handful of sand, wrapped it in a napkin and put it in my pocket. I put my foot in the cold water and tried to imagine how the soldiers must have felt when they hit the cold water on June 6, 75 years ago. The guide told us that the attack on Normandy had been delayed for 24 hours because of the stormy seas. During that time the men sitting on the rocking boats, became more and more seasick until they finally landed on the morning of June 6, 1944. I imagined them pulling up to shore, seasick, nervous, weighted down with their equipment, hitting the cold water and trying to make it to the shore and then crossing the beach all while the Germans were constantly shooting at them and their friends and comrades falling all around them. I was once again overcome with admiration for the bravery and determination it must have taken to continue across that beach! I also wondered how surprised and frightened the Germans must have felt as they watched from their bunkers as the largest military maneuver ever assembled materialized offshore!

There was a majestic silver sculpture built to honor the thousands who gave their lives on this very spot for freedom. Once again, I felt myself tearing up while simultaneously bursting with pride for my fellow countrymen.

Next, we visited the Normandy cemetery where thousands of white crosses on bright green, manicured lawns marked the graves of the fallen. We spent a little time in the nearby museum before crowding back in the van.

This time I got the courage and asked a gentleman if he would switch with me and let me sit in the front so I could hear. He agreed. What a difference! Now I could hear and see!

We took a ride to a nearby lovely town, Bayeux, for lunch. Bayeux actually escaped the bombing during WWII and remains intact. We passed a 15th century cathedral with a crypt which I made a mental note to visit. There was also a Normandy museum here. We sat in an overly warm restaurant which specialized in crepes and I ordered the Adventure Trio from the menu. The appetizer was what seemed like a buttered whole wheat crepe…not too good. Then another whole wheat crepe with enclosed Roquefort cheese, ham, tomatoes and salad. Still not good. I ate about one fourth of it and kept watching the clock realizing my time in this town was slipping away. I let Clement know I really wanted to see the cathedral and the museum before we left the town. They brought my dessert…another crepe with warm maple syrup, this one being was the best of the three. I washed it all down with a “jug” (actually a glass) of warm apple cider which tasted like apple juice. I quickly paid my bill and our accommodating guide, Clement, guided me to the cathedral and we went underneath to a spooky crypt and then to the museum. He told me he would pick me up there in forty minutes with the rest of the group who were still eating. I toured the museum and noticed the understandable emphasis on France’s part in the war since it was in France. De Galle got his own big section. I had hoped to purchase a marked bottle of sand from the Normandy beaches in the gift shop, but, unfortunately, they had none. At least I had my own pocket of sand wrapped in a napkin.

We returned to the crowded van and not wanting to be greedy, I offered the front seat to someone else. Andrea quickly let me know she’d like it and I moved to the middle seat. We rode 3.5 long hours and just as soon as I started getting so antsy that I thought I would scream, we pulled into a gas station. I recharged with a cup of expresso and a bakery good and mentos. Once again we crammed back into the van and I was sitting in the second row in the middle between Penny, a teacher from Rockingham, NC and Mary Ray, a rising freshman from Minnesota. No one seemed interested in talking so I continuedd to eat my mentos and gazed out the window even though I couldn’t see very well since I was in the middle. Clement the guide, Arnold the intern guide and Andrea were all in the coveted front seat. Calvin, Sarah and Bill from Minnesota were in the back.

After entering Paris we go through the tunnel in which Princess Diana was in a wreak. The entrance to the tunnel is marked with a golden flame sculpture commemorating her death. So much death today.

If you book a tour to Normandy from Paris, DO NOT go in a crowded van! Go on a comfortable air conditioned bus with WiFi!

Better still, book an Airbnb in Bayeux. Even if you don’t have a car you can still sign up for a tour with the local Normandy museum and they will provide transportation. 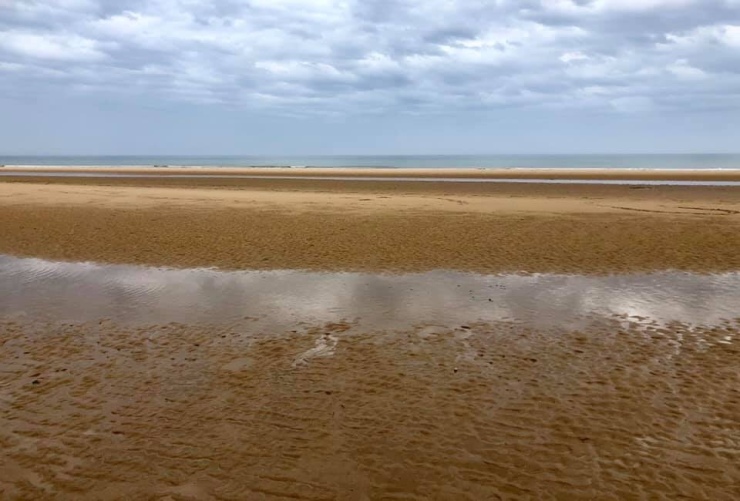 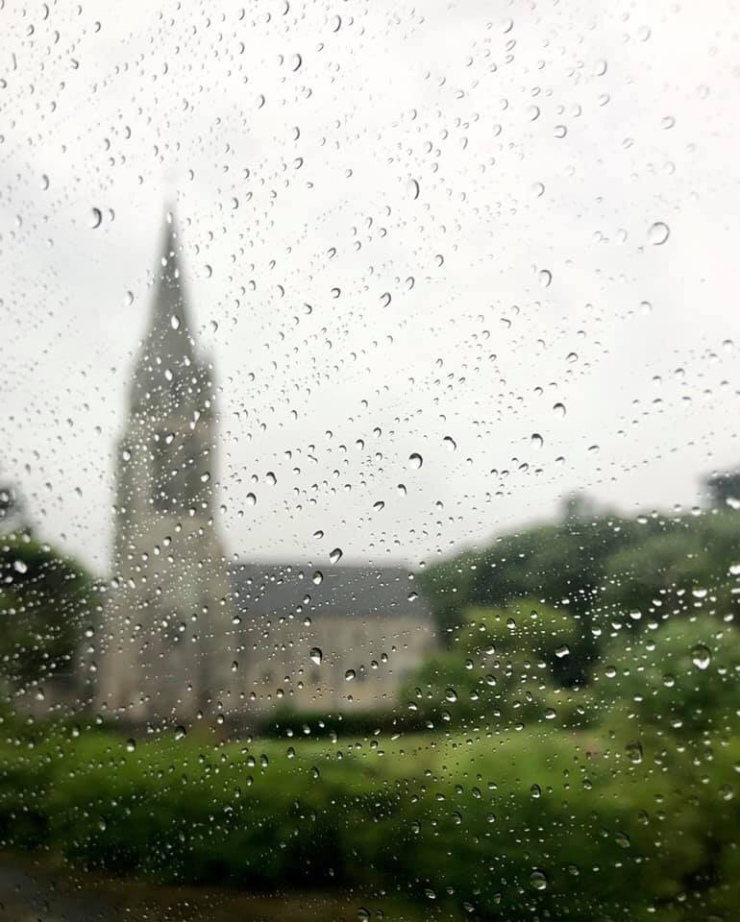 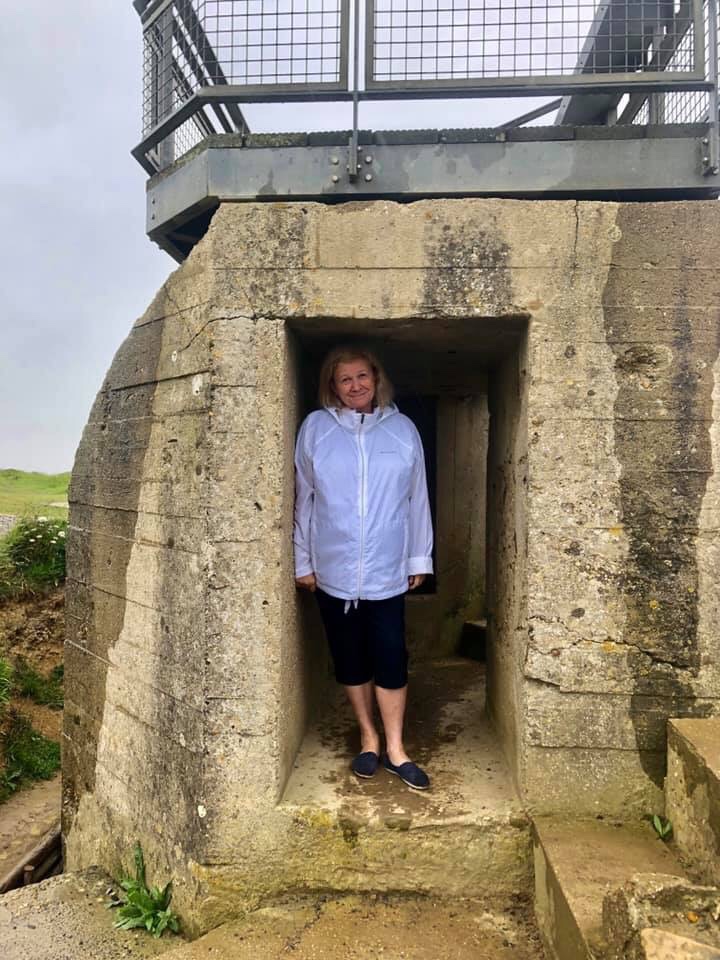 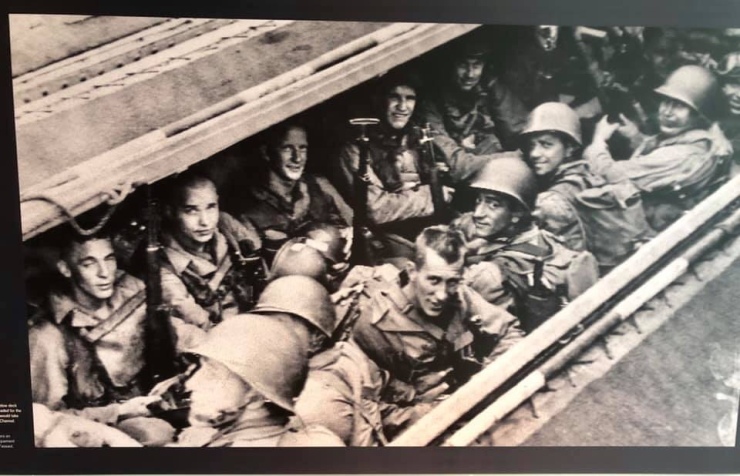 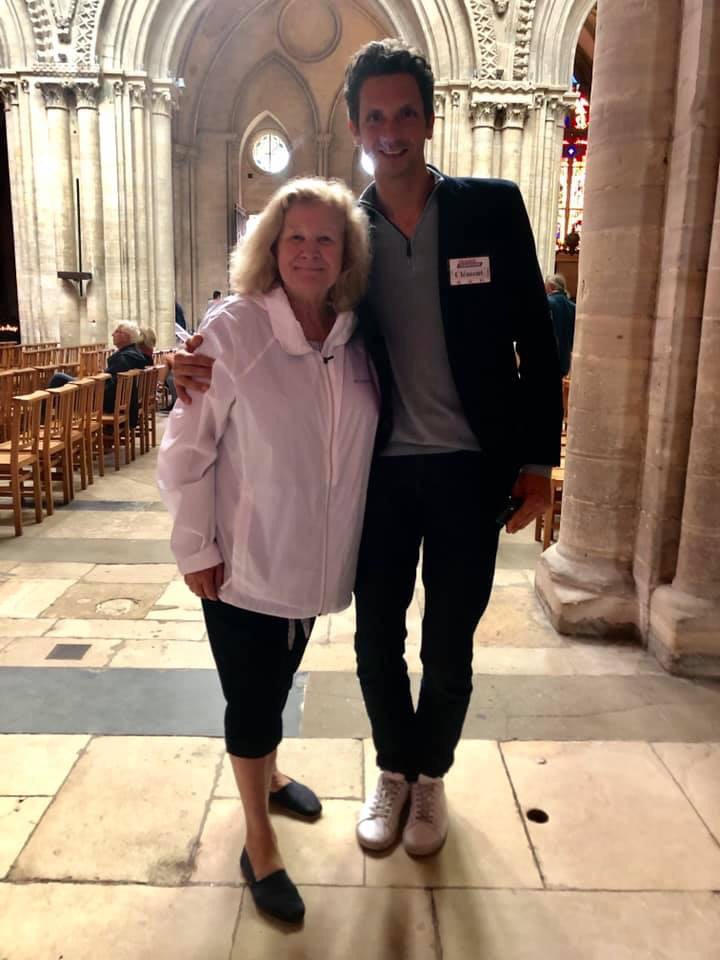 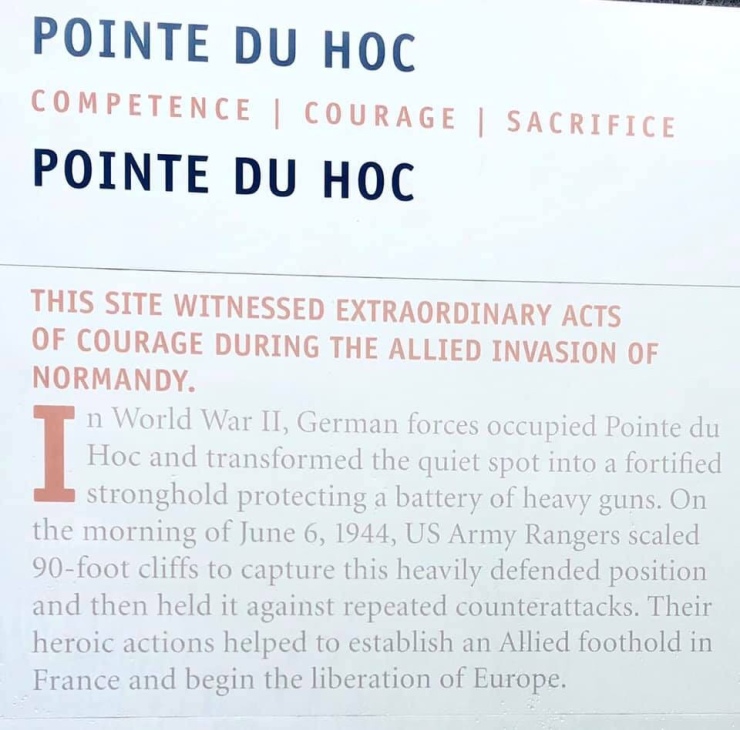 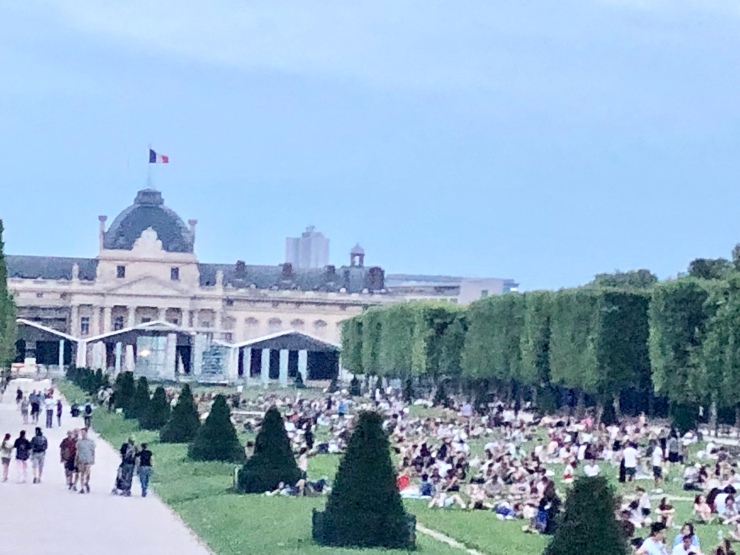 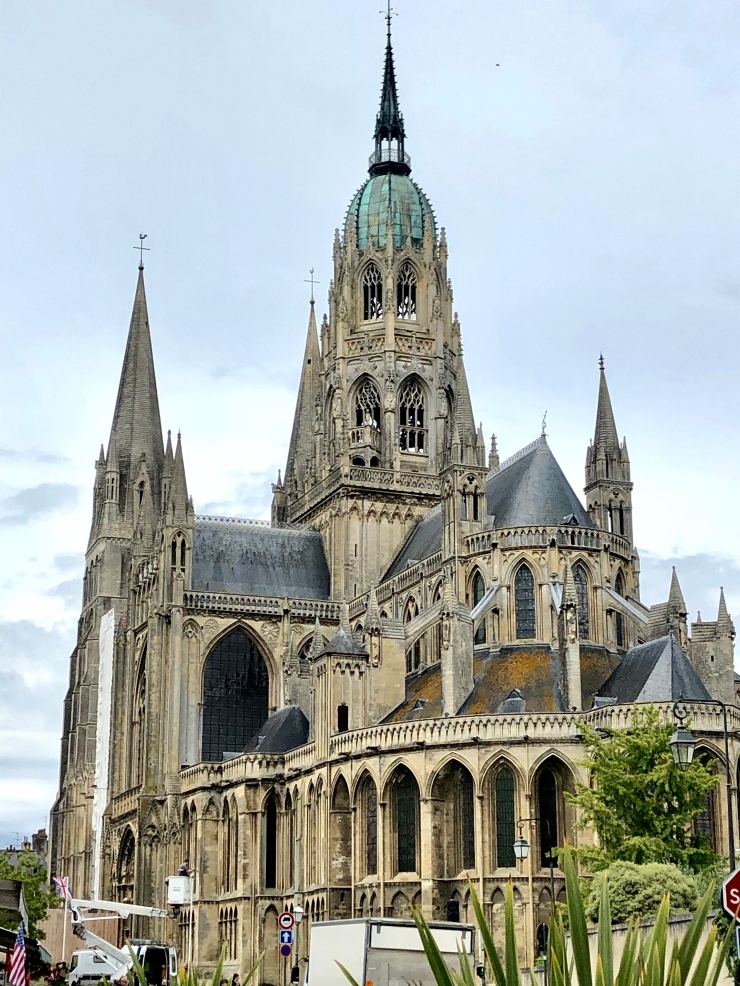 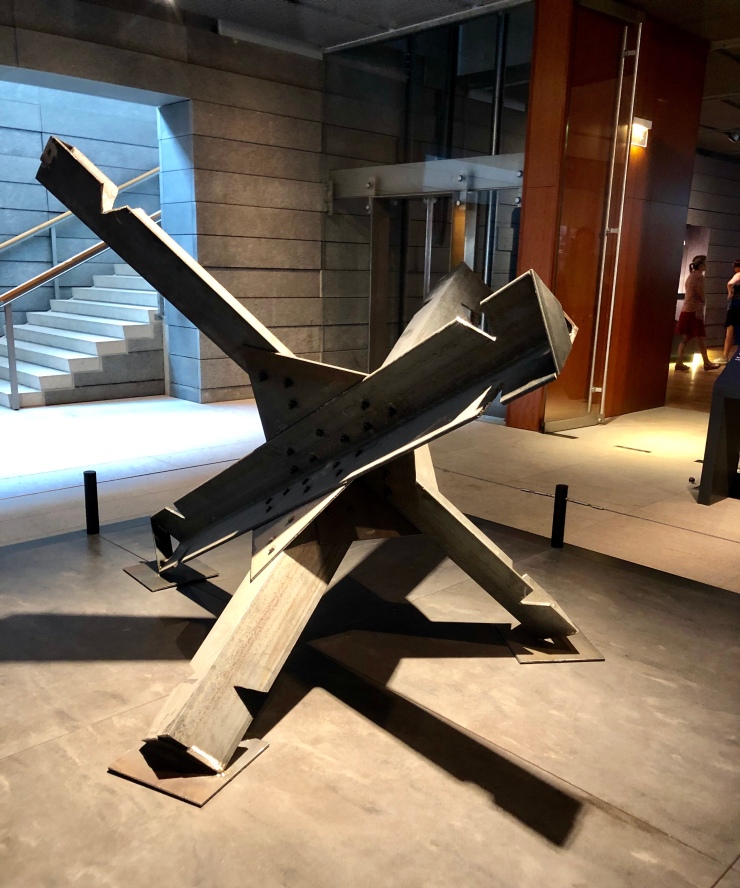 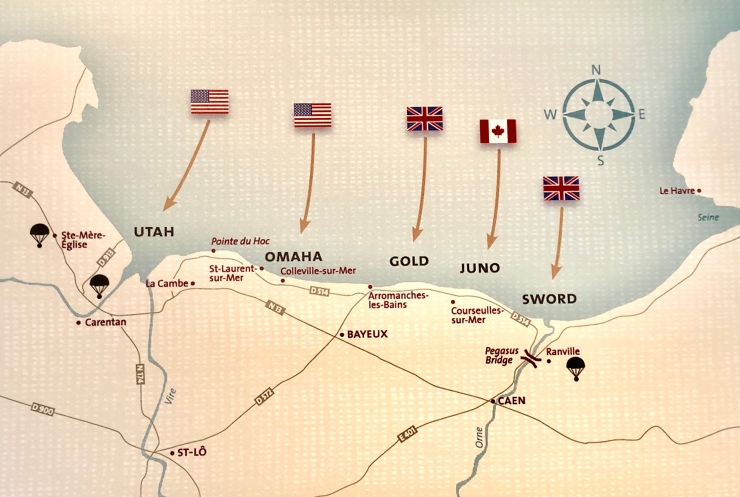 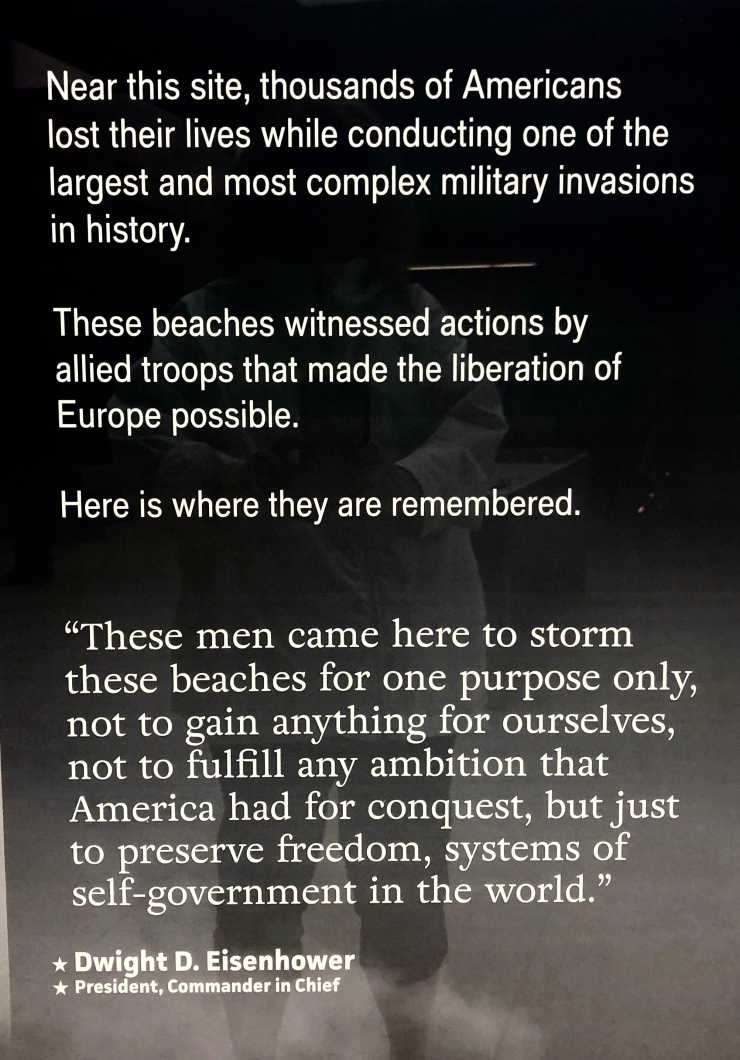 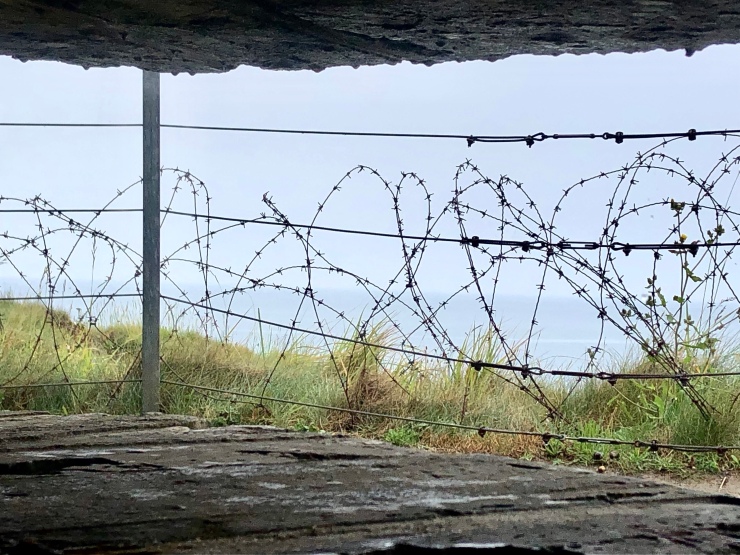 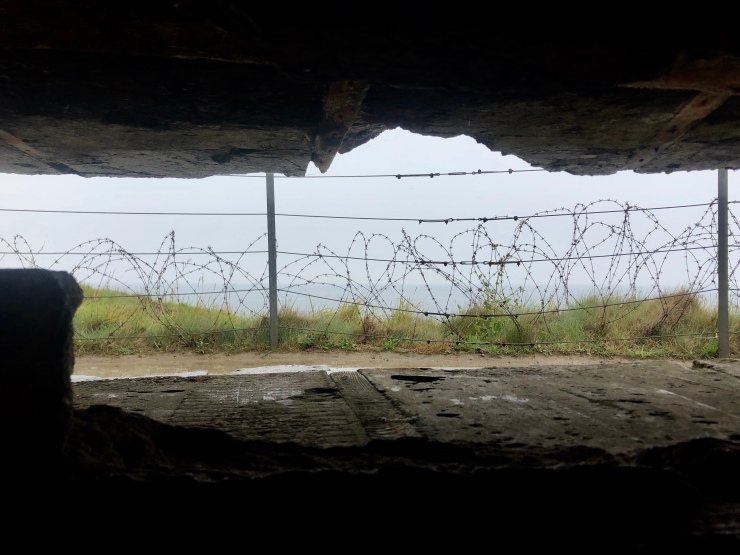 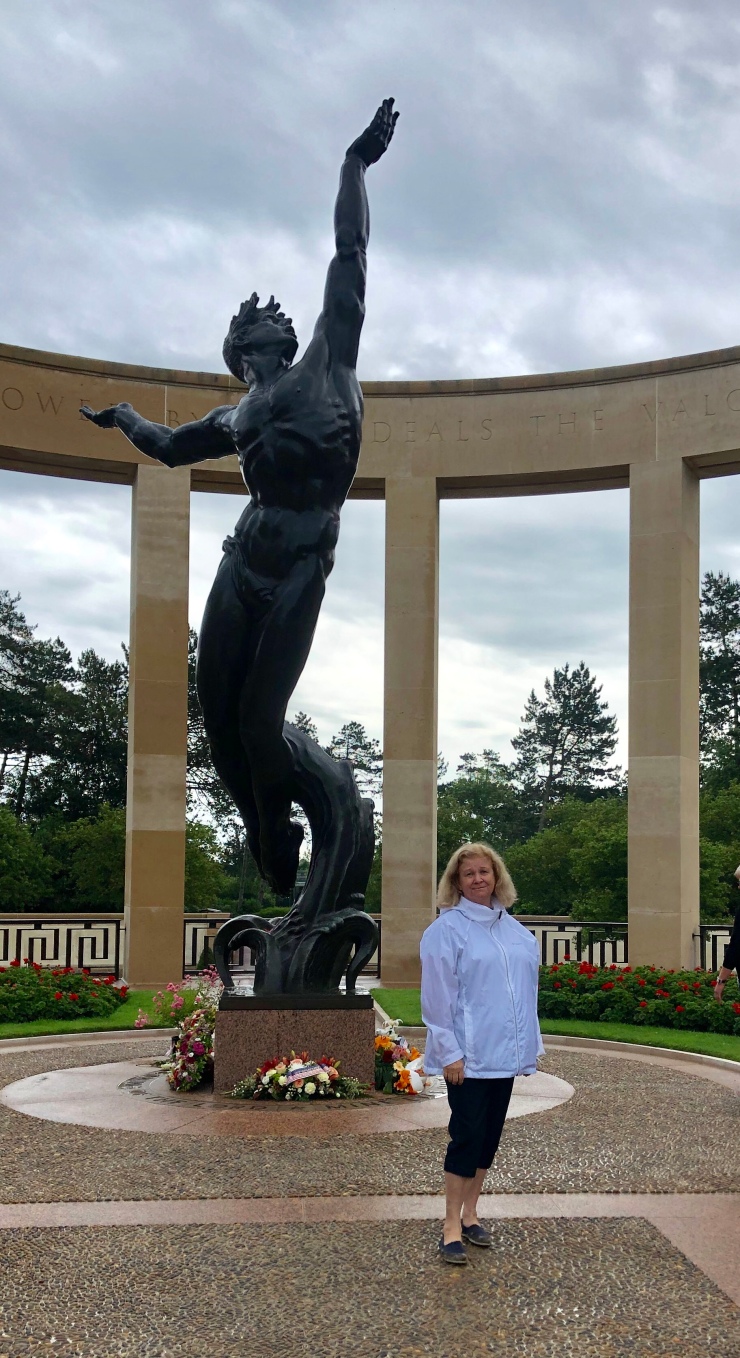 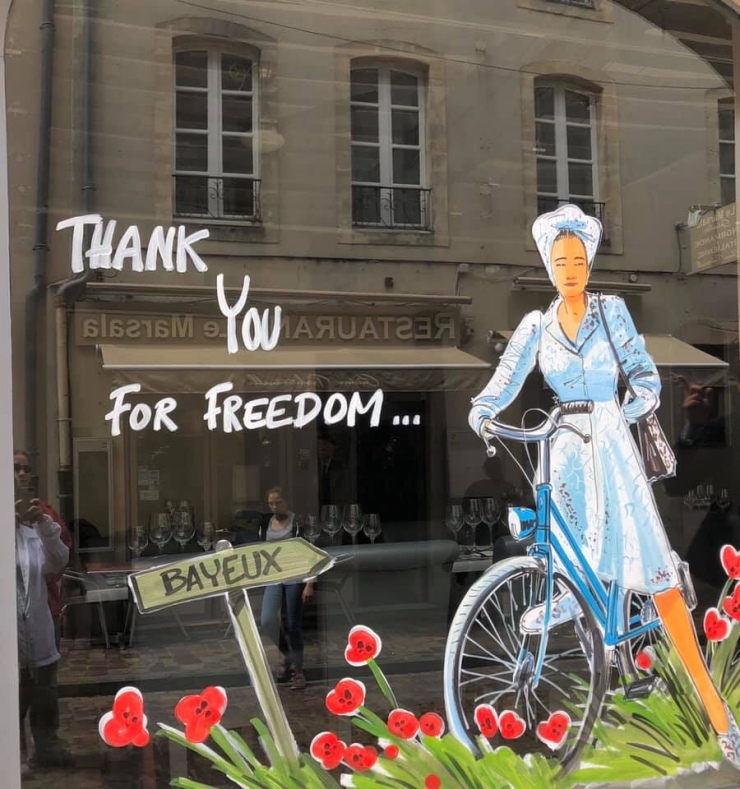 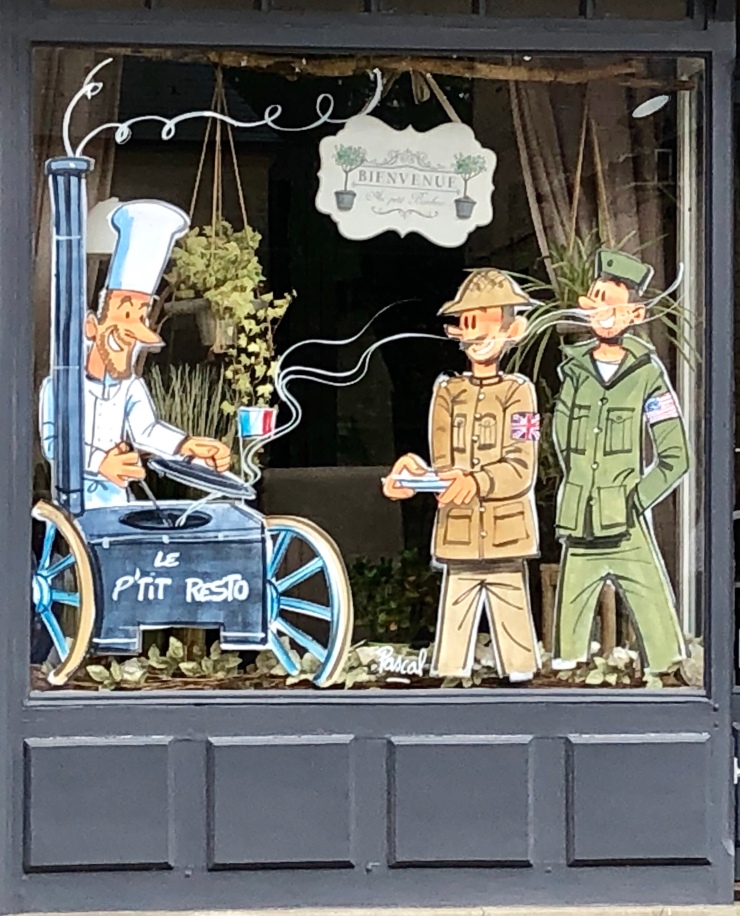